I was recently a guest on the radio talk show, 'Essentially Fit', hosted by Wess Murray. Link to hear the interview: Get Six Pack Abs with Max Wettstein and Coach Wess 08/21 by Essentially Fit | Blog Talk Radio

Wow - 2 blog posts from Max in ONE WEEK!  Sorry to bombard your inbox!

Sincerely,
Max
Posted by Max Wettstein at 4:55 PM No comments:

I had taken some time off from producing my own fitness videos although I did co-produce my new 'Athletic ABS!' series with Gregory Mantell, which is still being released one chapter at a time, FREE via his YouTube channel.  But my own YouTube channel subscribers have been screaming for more fitness videos from me and some have about given up on me!  I've been busy being a family man, coaching my daughter and producing her sk8 & surf media, plus I needed a 'creativity break', and with already over 130 videos completely produced & edited by me, I had already covered just about every type of workout there was! ...Well not really, since there are INFINITE ways to workout, but you get the point!  Well anyway I'm BACK, this time with my 'Heavy Bag Workout' !  It's a good one, full of my best energy and highest motivational level!  I have been training on this heavy bag since December, but wanted to do it right so I waited a while to make a video. 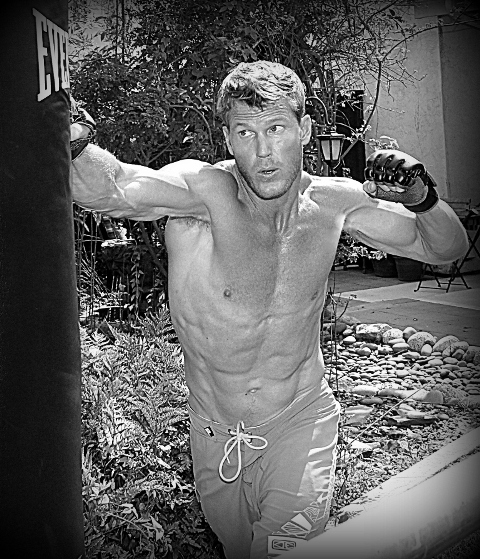 Read more »
Posted by Max Wettstein at 10:42 AM No comments:

Chapter 2 'NUTRITION' of my Guide to Athletic ABS! DVD

...featuring Chelsea Cruz, Chapter 2 'Nutrition' of my NEW Guide to Athletic ABS! DVD is now avail and FREE via YouTube so check it out!  (Edited by & co-produced with Gregory Mantell).  See how and what I typically eat, and the most common supplements I use!  Yes, that's correct - I'm not making you buy anything this time around...we're releasing all 5 chapters free monthly.  Exercise chapter was first and ABS Physiology 101 will be released next!  So here is the link, and I have also embedded the video below the link: http://www.youtube.com/watch?v=idN1b7Ddf-I

Posted by Max Wettstein at 11:03 AM No comments: