Its been a while!  This blog post is more of a personal, ‘house-keeping’ one, so you’ve been warned!

2015 wrapped up with San Diego’s Four EL men’s magazine going on indefinite hiatus, (where I was the fitness contributor), as well as Greens Plus+ Energy bars, without warning, cutting their marketing staff, and as a result, all of us ‘ambassadors’ losing our sponsorship.  So no more Greens Plus for myself after 15 years using their products.  I can’t be expected to go back to buying it at this point.  I’m still working an ambassadorship with Core Energy Fitness resistance bands and suspension straps (my backyard & traveling fitness arsenal), and BioFreeze has been contacting me recently for sponsorship, but I have failed to get back to them in time most likely, which is lame of me, cause their products are ones I was already using, as well as my wife for her massage practice.

I’m still modeling professionally, booking paid jobs about twice monthly.  (If it’s not paid, it’s not professional.)  Bookings have slowed down a lot, by choice.  For one thing, working my main career as a Captain for JetBlue, with two kids & a working spouse, leaves very little time left over for modeling, writing & Personal Training.  Also, at age 46, I have realized the ideal ‘fitness-model’ in the traditional sense, is a young-man’s game, so I have switched to mostly apparel clients, which means catalogs instead of magazines & infomercials.  Less exposure & infomercial fame, but the irony is, apparel pays about 4 times as much, and the shoots are much less intense.  In fact the idea with apparel most times is to look as natural as possible, not even noticing the photographer, (unless it is BORING studio!), and there are some instances where you don’t even know when the photographer has gotten ‘the shot’.  He just suddenly out of nowhere says, “Got this, what’s next?”  Some of the performance/sports-apparel shoots are still quite demanding physically to be sure, but even then, the intensity level is nowhere near that of a standard fitness industry booking, and, typically I’m wearing physique-covering clothing much of the time, so the enormous challenge of pre-shoot dieting and dialing (tanning, shaving, carbo-loading), is all but eliminated. 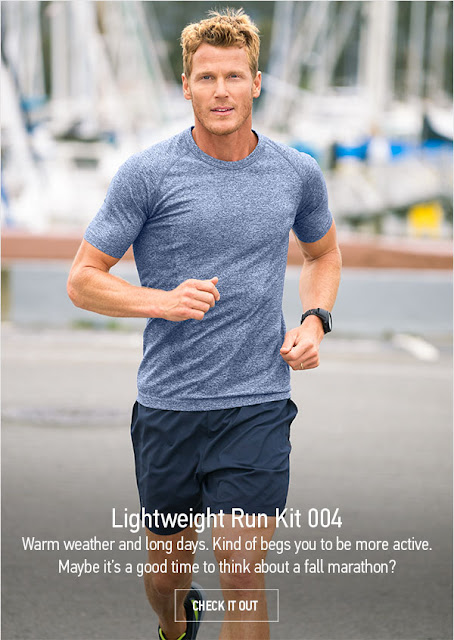 Going into 2016 my main apparel client is still the relatively new men’s performance brand known as QOR (pronounced “core”- see my earlier blog posts.)  They just hit the 1.5 year mark since their official launch and are gaining traction.  They are mostly for the urban, corporate-yet-very-active man.  Think San Francisco-based CEO or Doctor who commutes to work by bicycle and goes for a jog during lunch.  This QOR-man is also eco-minded and a foodie.  I just shot for their summer catalog on the North Shore of Oahu.  It certainly felt very validating to book a location shoot of that caliber again.  A little backstory - the creators of QOR were also the creators of a women’s brand called Athleta, now owned by Gap.  Since I have been a model for every QOR shoot since their genesis, sometimes I feel like I’m truly a part of their team.